Finding God in the Skies 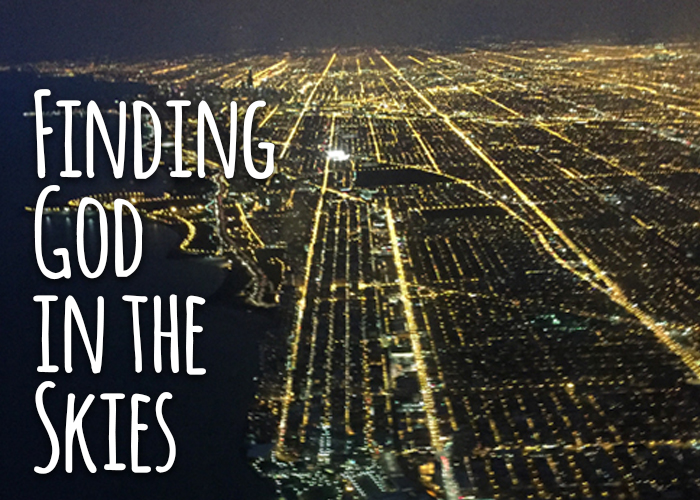 The flight from Chicago to Seattle covers about 2000 miles and goes over a diverse landscape flying over cities, farms, vast wilderness and mountains.  I’ve made this flight so many times I know the flight numbers by heart but what was different this time was what I saw out the window.  Maybe it was the snow covered ground offering a better contrast between land masses or that there was less cloud cover or simply the fact that my children weren’t with me but I’ve never seen the topography of our land so vividly.  Here are a few things I noticed this time… 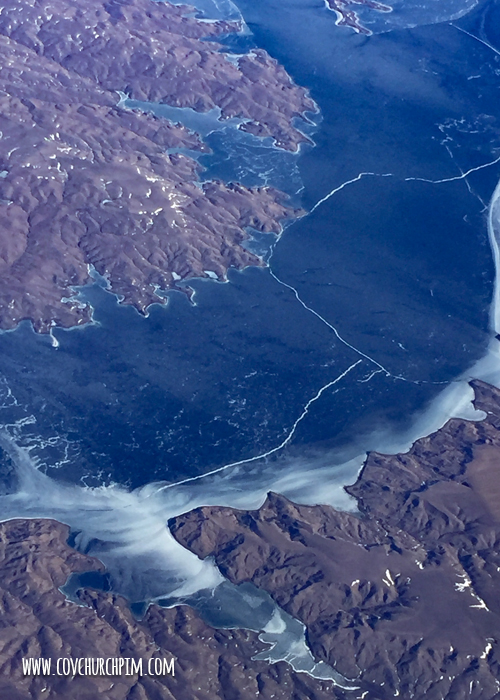 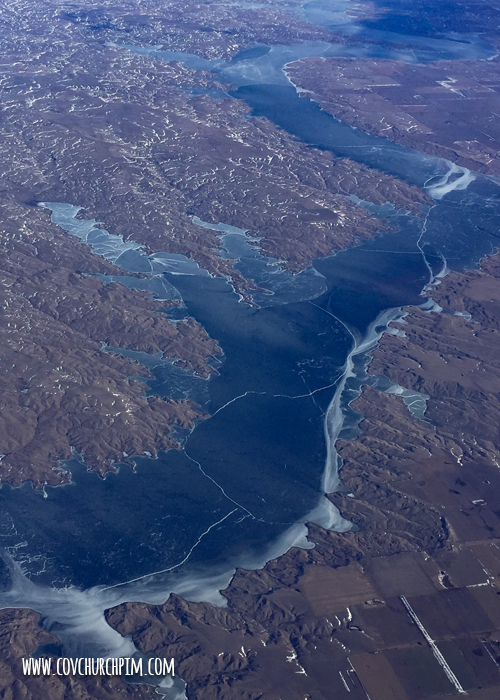 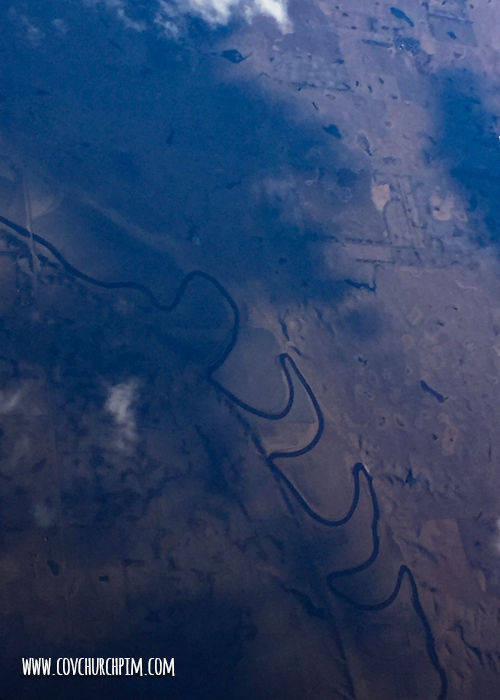 First, God’s natural creation lacks straight lines.  I’m sure there is something in the natural world that has straight lines (like the horizon, or the sheer face of a cliff) but even then, it’s likely an optical illusion making the curved horizon of the earth look straight.  But when viewing it all from 30,000 feet the way the water shapes the land and cuts through the terrain is anything but straight. 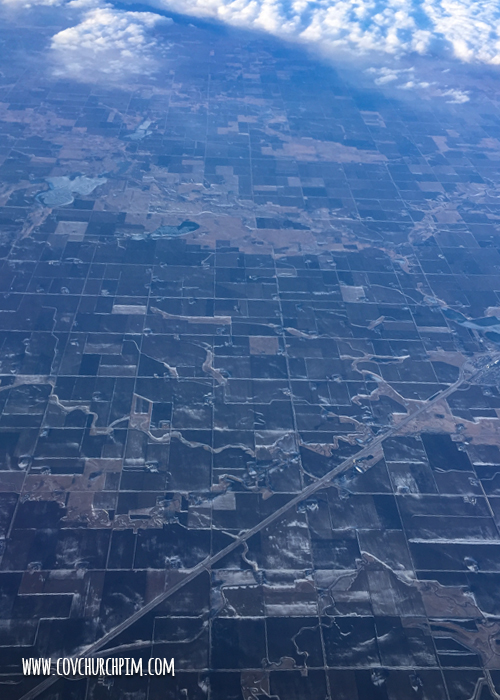 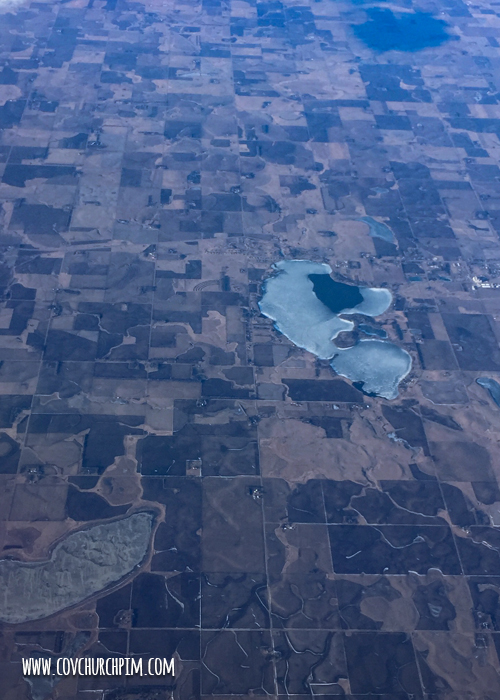 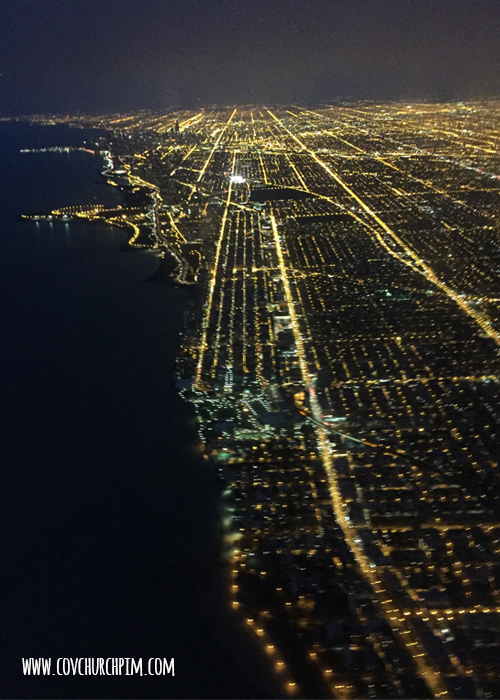 Second, most of the large man made things I could see from the air were relentlessly straight.  Buildings, fields, and most of all roads.  Especially the roads in populated areas.  As you get farther out from civilization the roads start to ebb and flow with the topography a little more but not like a river does.

I feel Jesus talking to me through these observations.  Mostly about how I wish God would move among us but doesn’t.  So many times I wish the path was clear, straight, and well lit.  But just like the river that seems to double back and almost touch where it’s already been God’s path seems anything but straight.   When God called us to Seminary I assumed we’d have a straight shot to Chicago, a three year ‘sabbatical’ while the degree was attained, and then a straight shot back to the NW.  But, here in Chicago we remain.

So much for straight shots, eh?

Now I find myself faced with a choice.  A decision to make and embrace.  Will I trust and submit myself to the meandering ways of God?  Or will I exhaust myself trying to seek out the straight shot and trying to bend God’s will to mine?

Over the last 6 months I’ve been wrestling with these questions.  I’m not quite sure why I can’t seem to come to grips with where God has called us.  As far as ‘dream calls’ are concerned this one is pretty amazing.  Our family is happy and healthy and I’m healthier than I’ve ever been.  But God is calling us to some pretty big things here in this lovely place.  And perhaps that’s it.  God knows me deeply and he’s taken care of my finicky needs so I can do what he’s called me to. No excuses left to stop me from taking baby step after baby step into what He’s called me to do.  YIKES!  I can honestly say I’ve never been in this position before.  It’s both life giving and terrifying all at the same time.

So, where is God taking you right now?  Are you embracing the meandering or wrestling with it?